What are pocket knives? 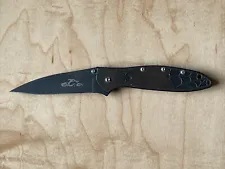 Evolution of the Swiss Army Brands

From the very start, the Swiss army knife was designed to help in troubleshooting different types problems. In fact, many experts see this pocket knife as the ultimate troubleshooting tool. The original design of the Swiss army knife includes tools like the blade, the screwdriver, the wire tripper, can opener and the reamer. At that time, these were the things that were commonly used by soldiers in the field.

As time goes by, several other features were added into the Swiss army knife to answer the different needs of people. As of 2007, most Swiss army knives already have about 29 features including a laser pointer which can be handy when giving business presentations and a detachable USB flash drive which can accumulate 4 or more gigabyte of files. Victorinox, one of the manufacturers of the Swiss knives in Switzerland also incorporated its Victorinox Cybertools into the latest design of the Swiss Army knife, making this pocket knife one of the earliest computer repair tools to fit in your pocket. As we move well into the digital era, the Swiss will most probably evolved with the times. You can expect your Swiss knife to work well with your computer and other electronic gadgets in the very near future.